Eagled eyed residents recently spotted a new document from “pba”, one of Barratt Homes’ associates.   The new document added to the councils planning website on March 19th titled “ADDENDUM NOTE – CORRECTION TO PLANNING STATEMENT” purports to correct previous errors in the planning application regarding the distances to nurseries from the site.  However, the “corrected” distances are in-fact “incorrect”.  Readers familiar with the tactics of Barratt Homes and their associates will not be surprised by this.

“‘Nurseries: there are five nurseries within approximately 3km of the application site, with three having a ‘good’ Ofsted rating –Trentham Pre-School (2.5km), Meadowside Nursery (2.7km) and Hanford Day Nursery (3km).’”

However, the selective use of “the application site” for the starting point for the measurements is mis-leading.  The measurements for the purposes of determining walking distances should be taken from the centre of the site to fairly represent the average distance someone would have to walk.

With this in mind here are the real distances; A straight line from the site entrance to the last house on the site is 654m.  The shortest planned walking route from the last house to the entrance will be over 700m, so we conservatively use 300m as the Site Centre distance.  It is then a further 600m to the end of Meadow Lane.

Centre of site to end of Meadow Lane

Simply walking from the centre of the site to the end of Meadow Lane takes most journeys beyond the official acceptable limit for journeys on foot.  For ease of measurement, we’ve measured the distances in meters to each location from the end of Meadow Lane and added the additional 900m to each specific figure below to give us the actual distance. 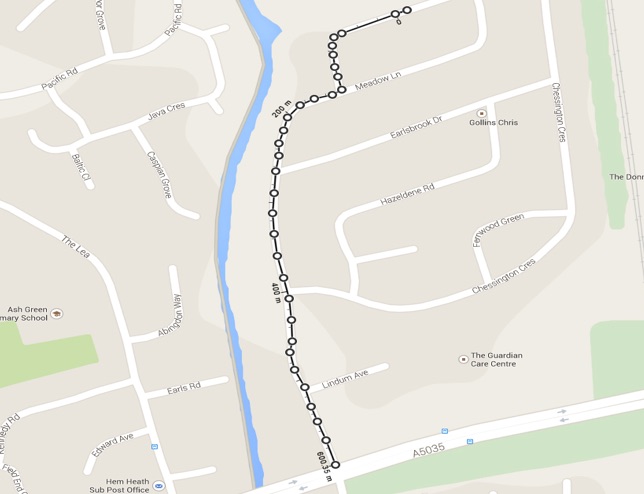 The journey to nurseries goes way beyond the acceptable limit and indeed even the “corrected” data supplied by Barratt’s associate “psb” misrepresents the distances for journeys on foot.

Misrepresentation of distances for journeys on foot 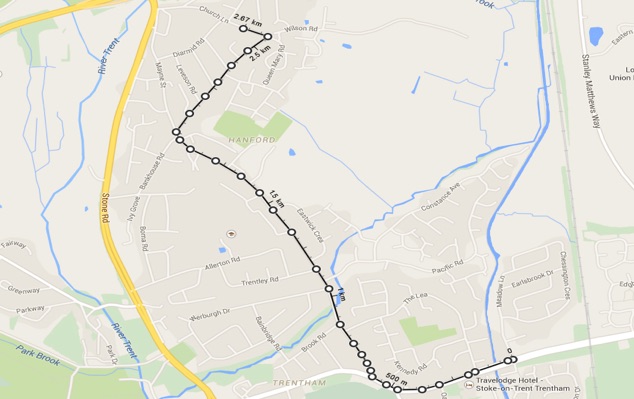 Having found issues with the “corrected” data, we followed up and checked the other claims made by Barratt Homes and their associates.  The result was somewhat predictable.  Yes you’re right, they’re conveniently incorrect!

All of the local amenities are outside of the official “acceptable” distance.

4 thoughts on “When is a metre not a metre? When it supports a Barratt Homes planning application!”

Like a ‘Fleecehold’ lease property in a flood zone? Buy from Barratt!